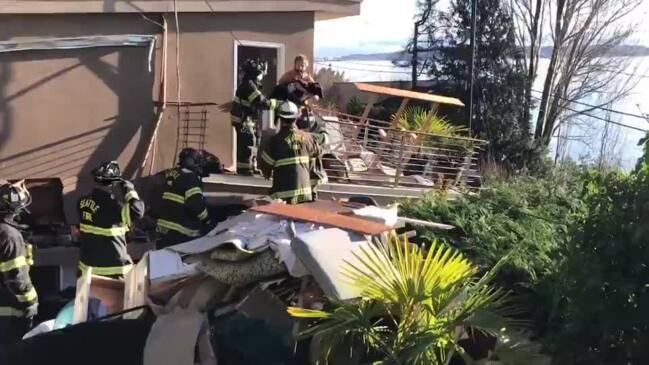 A Seattle couple reunited with their 3-year-old daughter Black Labrador Sammy when she was pulled from the rubble of their home Jan. 13, six days after he was hit by a landslide. The footage showed Sami, one of the family’s two dogs, being carried through the wreckage of the house while homeowner Deedi Frits wept with tears of joy. James and Didi Frits feared that Sami had been killed in the landslide that hit their home on January 7. Neighbor Remy Oliver, who first heard Sammy inside the house on January 13 and alerted Al Frits, called the fire department. The landslide caused Frites’ house to slide 15 to 20 feet off its foundations, trapping James Frits, who was to be rescued by emergency services. Credit: Seattle Fire Department via Storyful